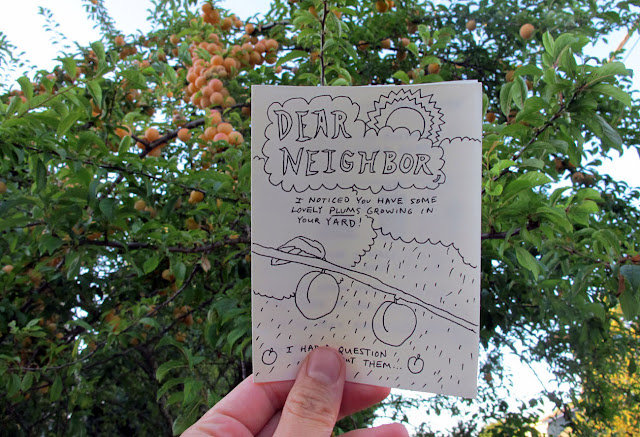 Summer 2013 /
Over the summer I moved back to Oregon and to re-familiarize myself with the area I began walking all over the city. During these walks I was overjoyed by the amount of fruit trees, berry bushes, and edible plants growing in people's yards. As the summer progressed, it became clear that not all the fruit would be used, so I handwrote cards to my neighbors and asked them if I could pick the fruit. In return I would give them some of what I made.

I heard back from nine of the ten neighbors, all of them saying I could pick the fruit in their yards. I've been collecting loads of plums, apples, pears, figs, hops, and berries. I'm in the process of making beer, cider, jam, and other goods.

Originally this was not meant to be a project, but in some ways it has become one. Most of the walks, and the brewing has been done with friend and artist Travis Souza. I'll update soon with more photos and information. 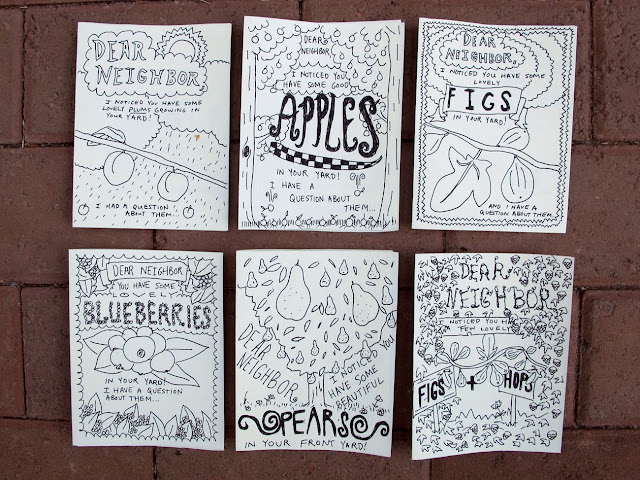 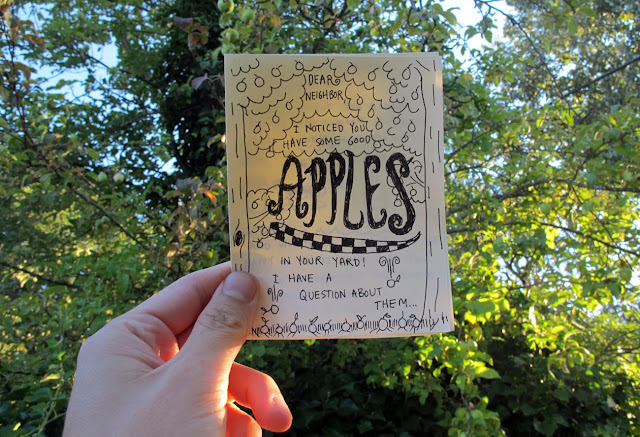